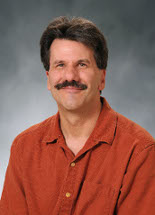 Dr. Joel Hillhouse, a professor with the ETSU Department of Community Health, is the studys principal investigator and already a national authority on interventions designed to lower skin cancer risk through reducing indoor tanning. Hillhouses research team at ETSU will work with colleagues at Penn State University to educate teens through the Internet and social media.

Hillhouses work is driven by research that shows the risk of melanoma skyrockets for those who use indoor tanning before they turn 30. While the cancer risk increases, the acknowledgment of the danger does not.

Indoor tanning can cause cancer we know that, said Hillhouse, a clinical psychologist. But young people in particular ignore the message about cancer, because they think its too far in the future. Theyre not thinking about their own mortality.

Well be reaching out to teens on what resonates with them, and at this age its appearance, Hillhouse said. You have to communicate with them through the right channels, too, and that means connecting through the Web. Well also be using Facebook and Twitter.

The grant falls under NIHs R-01 classification. Dr. Robert Pack, the College of Public Healths associate dean for academic affairs, said that research must tie directly to NIHs mission to compete for R-01 funding.  In addition to funding Web and social media development, the NIH grant will also support additional positions for researchers and staff in the College of Public Health.

NIHs funding for this project says a lot about the respect for Professor Hillhouses work in this field, Pack said. We expect that the work done here at ETSU will influence teenagers to make better, more informed choices, which would improve public health overall.

Hillhouse has published previous research that shores up his approach of changing tanning behaviors through a focus on appearance. The May 2010 issue of Archives of Dermatology, a journal of the American Medical Association, published the results of a similar study by Hillhouse that focused on female college students.

The NIH project will be centered on an extensive, interactive Web site geared toward female high school students. A combination of results from multiple studies has shown that the risk of melanoma increases by 75 percent for those who initiate indoor tanning before age 30.

The International Agency for Research on Cancer the World Health Organizations source for information on cancer offers a dim view, too. The agency has assigned indoor tanning to its highest cancer risk category, carcinogenic to humans. Some other risk factors in that category include asbestos, tobacco, arsenic and mustard gas.

Hillhouse is sympathetic to young people who choose to tan, because he understands appearance can be a significant component of overall self-esteem. Hes not unsympathetic to the indoor tanning industry, either. He cites spray-on tanning as a preferable option to tanning beds.

Im not trying to shut down the tanning industry, Hillhouse said, but indoor tanning can cause cancer. Id like to see the industry put more energy into marketing spray tanning as a safer option that can still give people the appearance they want.