There’s a little-known Depression-era mural on ETSU’s Johnson City campus that tells a story of Appalachia in transition. The mural captures the dizzying industrial developments of early twentieth century Tennessee, and the migrations of its people within and outside the region. 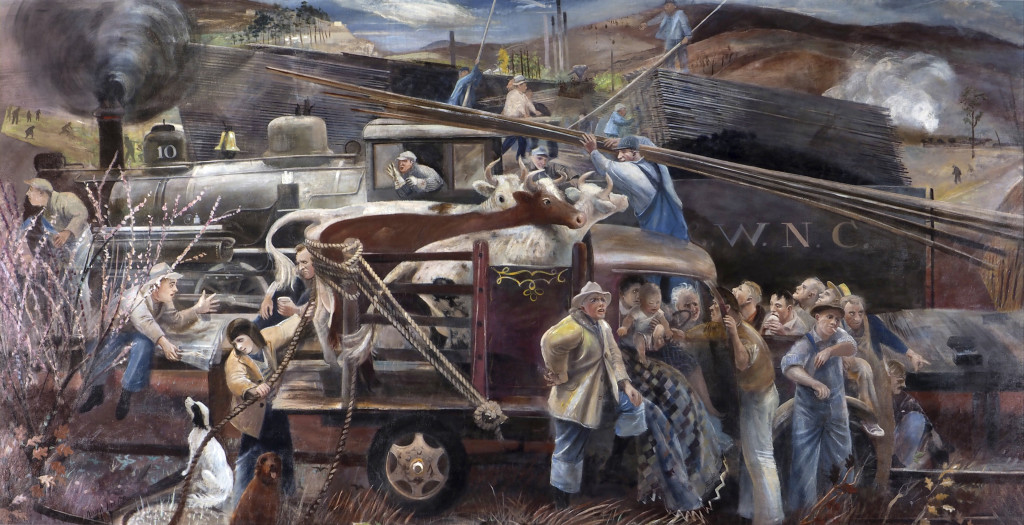 Learn about other murals produced by Wendell Jones at the Living New Deal website.

Our interviewee for this episode is Dr.Tom Lee, an associate professor in the Department of History at ETSU.

The “Eastern Tennessee” mural hangs in the testing lab of the Sherrod Library at the East Tennessee State University in Johnson City. Individuals who wish to observe the mural may do so during the testing lab hours by checking in at the lab’s front desk. Those interested in group viewings should contact the Testing Services Director Samantha I. Hunt at huntej@etsu.edu.

"Recollections" is a production of the B. Carroll Reece Museum, a unit of the Center for Appalachian Studies and Services at East Tennessee State University in Johnson City, Tennessee. This episode was produced by Saro Lynch-Thomason, with assistance from the staff at the Reece Museum. Special thanks to WETS for the use of their studios.