Center of Excellence in Inflammation, Infectious Disease and Immunity 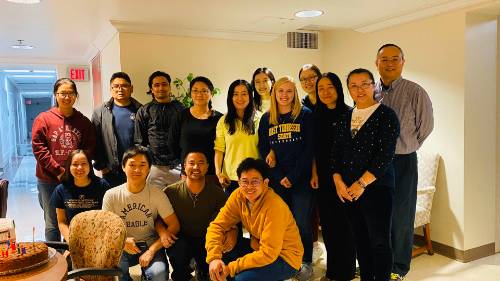 Advances in research have led to HIV treatment that were almost unimaginable during the advent of the HIV/AIDS epidemic decades ago.  Now, with proper treatment by antiretroviral therapy (ART), HIV-infected individuals can maintain undetectable levels of HIV viremia and nearly normal lifespan; however, a poorly understood mechanism can cause these ART-controlled, virus-suppressed HIV patients to experience conditions aggravated by “inflammaging.” Inflammaging is a pro-inflammatory response which typically increases in people as they age and can contribute to a broad range of diseases, including increased infections, cancers, cardiovascular diseases, Alzheimer’s, and other neurodegenerative illnesses, similar to that observed in the elderly.  This response is increased and manifests earlier in those with chronic inflammation, so-called premature aging, or immune senescence.  Dr. Yao and his lab group, however, have revealed the underlying mechanisms of this response on CD4 T cells among patients with human immunodeficiency virus, even in those with undetectable HIV RNA virus load.

Recently, they published “ATM Deficiency Accelerates DNA Damage, Telomere Erosion, and Premature T Cell Aging in HIV-Infected Individuals on Antiretroviral Therapy” in Frontiers in Immunology.  Their article states that “HIV infection leads to a phenomenon of inflammaging, in which chronic inflammation induces an immune aged phenotype, even in individuals on combined antiretroviral therapy (cART) with undetectable viremia.”  Corresponding author Dr. Zhi Q Yao states in the article: “We found a significant depletion of CD4 T cells, which was inversely correlated with the cell apoptosis in virus-suppressed HIV subjects compared to age-matched healthy subjects. In addition, HIV CD4 T cells were prone to DNA damage that extended to chromosome ends-telomeres, leading to accelerated telomere erosion - a hallmark of cell senescence or aging.” 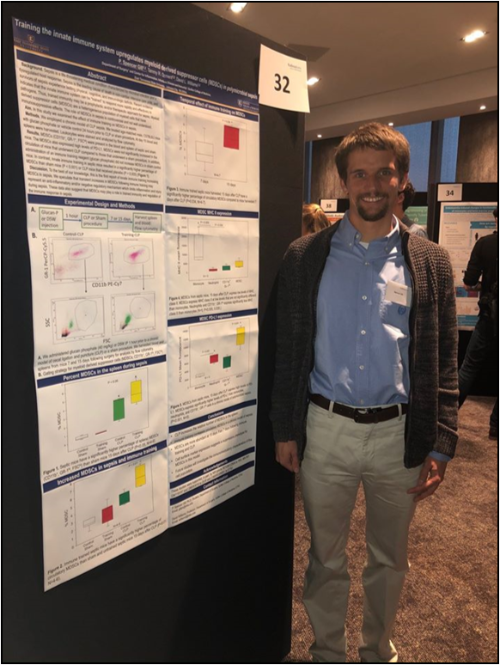 The 2019 International Trained Immunity Consortium (INTRIM) and the 4th International Conference on Innate Immune Memory were hosted by the Radboud University Medical Center in Nijmegen, the Netherlands, from October 30th through November 1st. Attendees presented their research in the field of trained immunity, which covered a wide range of topics including such diverse subjects as the effects of  diet on the innate immune system to epigenetic transmission of trained immunity.

Mr. Gill explains that “Immune senescence in the elderly is a growing issue for our aging population. Our group is examining the potential of trained immunity to improve the immune response to infection in the elderly. It’s an exciting time to be a part of trained immunity research and to be a part of a group that is on the forefront of the topic.” 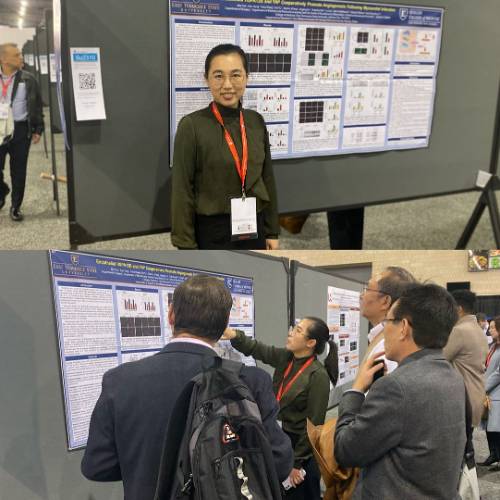 Min Fan, a third year graduate student in the Departments of Surgery and Biomedical Sciences, has recently been selected for a number of honors from the American Heart Society.

Ms. Fan says of her fellowship, “It is with great pleasure that I receive this nationwide award. I would like to thank my mentor Dr. Li for his help and guidance. He provided me the opportunity to attend the AHA conference each year and encouraged me to apply for the Fellowship. In the next two years, I will try to figure out the mechanisms of my finding and publish at least one paper about it.”

Min Fan is a CIIDI Student member in Dr. Chuanfu Li’s lab.  Dr. Li is a CIIDI member who is a Professor in Quillen College of Medicine’s Department of Surgery.