Flat Bucky is the unofficial Ambassador for ETSU Day of Giving 2020.  He is a "mail-able" version of the ETSU mascot and will be used to help communicate Day of Giving activities and to generate interest and engagement.  We're sending Flat Bucky to many ETSU alumni and friends and we're asking them to take photos and upload to social media using #FlatBucky #ETSUDayofGiving.

You can keep up with Flat Bucky on your favorite social media channel.

The Ballad of Flat Bucky 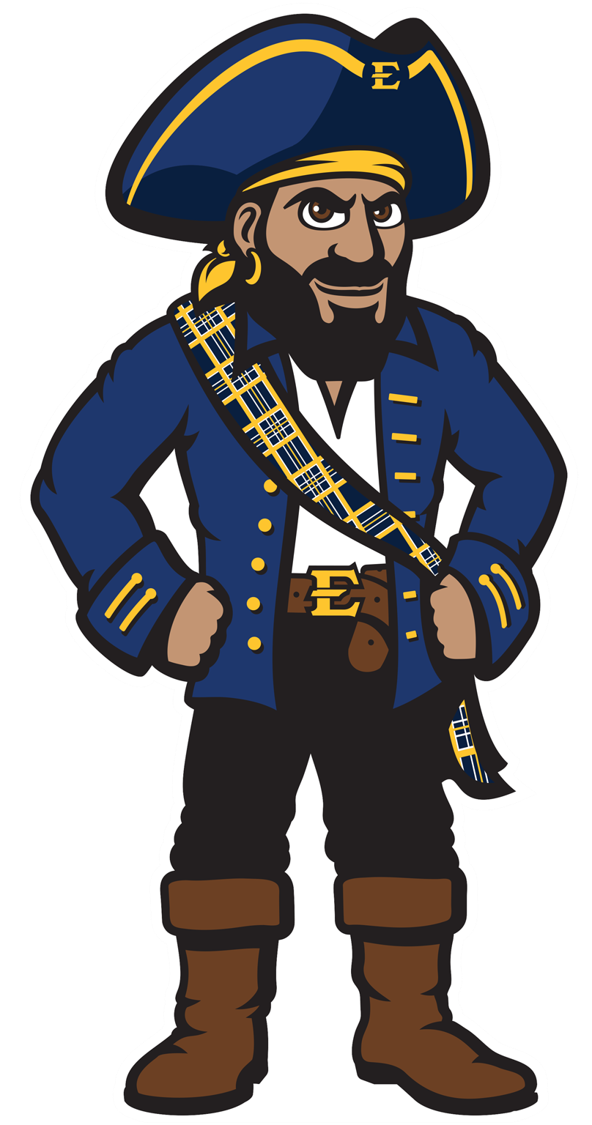 He sailed the seas & had some bad luck.
His journey began in the Florida Keys,
And he docked his ship at the Tennessee trees.

You see, an underground river named Pirate Creek
Led straight to Johnson City in under a week.
Here LeBucque discovered a site,
Where students gathered & never did fight.

He fell in love with their sweet southern charm,
And vowed to protect them all from harm.
Everything was going along great,
Until the earth started to shake.

LeBucque spent his nights in underground caves,
And awoke to the sound of splashing waves.
Earth shifted & the walls began to fall,
So he laid down flat & started to crawl.

He made it to the edge of the cave,
When a rock nearly sent him to his grave.
The students found him under that rock,
What they saw next put them in shock.

Pirate LeBucque was now flat as could be,
Thin as paper, but at least he was free.
Students cheered for their new pal Bucky,
Turns out the pirate was actually lucky.

NOTE:  Flat Bucky is based on Flat Stanley, which was the character of a series of books written by Jeff Brown.  Subsequent to the books, a teacher named Dale Hubert developed Flat Stanley into a project for his third-grade students to document Flat Stanley wherever he goes.