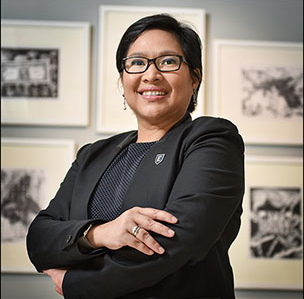 An award-winning sculptor with extensive background in curatorial practice and art management, Karlota I. Contreras-Koterbay is both gallery director and curator for the Slocumb Galleries at ETSU and its satellite venue in Downtown Johnson City, Tipton Gallery. She has organized numerous exhibits both nationally and abroad, juried regional exhibitions and has lectured in the Philippines, Japan and the United States. Contreras-Koterbay graduated with honors from the University of the Philippines with a B.A. in anthropology and an M.A. in art history.

She is a member of the American Association of Museums, International Council of Museums, Southeastern College Art Conference,  and International Association of Aesthetics. Grant recipient of the Tennessee Arts Commission APS and ABC grants as well as the Andy Warhol Legacy grant. Contreras-Koterbay received the ETSU Distinguished Staff Award in 2013 and the Jan Phillips Mentoring Award in 2015. On July 2016, she was appointed as founding Board Director and VP for Curatorial Programming for the establishment of the American Museum of Philippine Art (AMPA) in California. 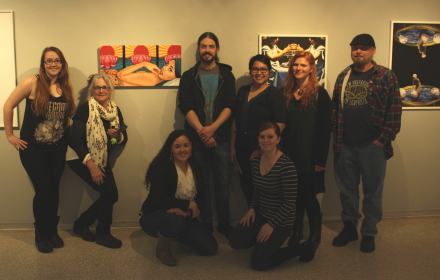 The SG Staff is comprised of graduate and undergraduate students under the Tuition Scholars (TS), Academic Performance Scholars (APS), Federal Work Study (FWS) and the Career and Internship Program.