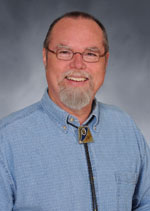 Michael Amos Cody is the author of Charles Brockden Brown and the Literary Magazine: Cultural Journalism in the Early American Republic (McFarland, 2004) and the novel Gabriel’s Songbook (Pisgah Press, 2017). He has written on the Gothic kinship between Charles Brockden Brown and Nathaniel Hawthorne for The Nathaniel Hawthorne Review, on Hawthorne’s “Romantic Predecessors” for Hawthorne in Context (Cambridge UP, 2019) and on “Brown’s Early Biographers and Reception, 1815-1940s” for the Oxford Handbook of Charles Brockden Brown (2019). He is co-editor of The Literary Magazine and Other Writings, 1803-1807, volume three of The Collected Writings of Charles Brockden Brown (Bucknell UP, 2019). His fiction and poems have appeared in Tampa Review, Still, Yemassee, The Chaffin Journal, The Southern Poetry Anthology (Vols. VI and VII), Howl, Pisgah Review, Short Story, Potpourri, and Fury. His collection of short stories, A Twilight Reel, appeared in May 2021 from Pisgah Press. Cody teaches American literature before 1900, Native American literature, and mythology in the Department of Literature & Language at East Tennessee State University.