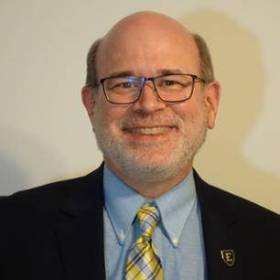 Dr. Daryl Stephens teaches math education and learning support mathematics classes. He holds a B.S. in Ed. in elementary education and an M.Ed. in public school administration from North Texas State University (now the University of North Texas), an M.S. in mathematics from Texas Woman's University, and a Ph.D. in education from the University of Tennesee - Knoxville. His early teaching career was as a public school junior high math teacher and as a fifth grade teacher in McKinney, Texas, then taught as a part-time and temporary faculty member at several two-year colleges before coming to ETSU in 1994.

Outside of ETSU he sings in several choirs, plays handbells, and directs two handbell choirs.