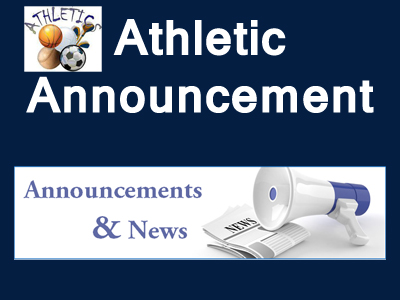 Go, Bucs, Go! Several articles were printed in the Johnson City Press over the last few days highlighting our Athletic teams as follows:

UH coach Josh Petty said his team’s tough schedule played a role in getting this win.


“I think it is a big deal,” Petty said. “Getting to see low 80s weekly, it helps when you face strong Class A pitchers. We’re not surprised by anything. I think it really helped.”


Kaleb Meredith had his fingerprints all over this one. On the mound he went the distance, buffering the Huskies’ tough lineup and limiting them to three hits. Meredith gave up a first-inning run and nothing else, striking out nine, allowing five hits and walking one.

“Kaleb threw the ball well,” Petty said. “He threw his secondary stuff great. And he came up big at the plate. He had a good day.”

At the plate, Meredith had a key one-out hit that put Hank Stott in scoring position for Will Joyner’s go-ahead sacrifice fly. Meredith also drove in UH’s first run with a fourth-inning single. Meredith and Stott each finished with two hits.

No. 9 hitter Miles Bembry had sacrifice bunts to set up each of UH’s two runs.

North Greene ace Carson Whaley got the loss for the Huskies. The left-hander allowed eight hits and striking out nine batters in a complete-game performance.

Miles Bembry went 3 for 3, Kaleb Meredith drove in three runs and both UH players doubled in the first game of a non-conference sweep.

Meredith, Jacob Pealer and Jesse Greene banged out two hits apiece for the Bucs, with Greene picking up a pair of RBIs.

Greene won a three-inning start from the mound. He gave up just one hit while both runs he yielded were unearned. Cade Pollock followed with a couple of shutout frames.

The second game ended three outs after the Bucs put up a eight-run fifth. Pollock amassed five RBIs in a 3-for-5 performance (double), Brayden Ryder drove in four runs while batting 2 for 3 and Hank Stott was 3 for 3 with a double and three RBIs.

Going 2 for 3, Meredith tripled and scored twice. For the game, the Bucs totaled 11 hits, giving them 20 for the day.

Miles Bembry and Connor Horton combined to hold Cosby to one hit, Kaleb Meredith struck for a pair of doubles and the Buccaneers dusted Cosby in four innings.

Bembry threw the first three innings, collecting six strikeouts. Horton notched a pair of punch-outs in his one inning and neither pitcher issued a walk.

UH totaled 11 hits with Meredith and Joseph Armstrong (2 runs) each responsible for two. Jacob Pealer, who doubled, contributed three RBIs while Meredith, Will Joyner and Daniel Grindstaff all drove in a pair of runs.

Jacob Pealer had three hits, two RBIs and went six strong innings on the mound to lead the Buccaneers.

The Bucs amassed 25 hits in the five-inning affair, getting a 5-for-5 performance (three doubles) from Cade Pollock. He totaled six RBIs and also scored five runs.

Matching Pollock in the RBI department was Daniel Seehorn, who went 3 for 4 (2 doubles) with four runs and two walks. Joseph Armstrong banged out four hits in five at-bats, drove in four runs and scored four times.


Also for UH, Will Joyner was 3 for 3 with three runs. Garrett Gentry collected five RBIs in a 2-for-4, 2-run day and Connor Horton batted 2 for 2, scoring three times. Joyner and Horton both doubled and tripled as the Bucs cranked out 11 extra-base hits (9 doubles, 2 triples).

Other Bucs of note were Kaleb Meredith (2-5, double, 3 runs, 2 RBIs), Davis Hampton (double, 3 RBIs, 2 runs) and Daniel Grindstaff (3 runs, 3 RBIs). Meredith also went the distance for the pitching win, recording 12 strikeouts in the process. He held the Rangers to three hits and the run he allowed he unearned.

The Rangers’ Landon Ramsey was 2 for 3 with a triple.

The state record for single-game runs belongs to Unicoi County, which beat Mt. Heritage, N.C., 53-6 in 1985. Four of the top six scoring efforts have been recorded by Northeast Tennessee schools (Unicoi 2, UH 1, Unaka 1). 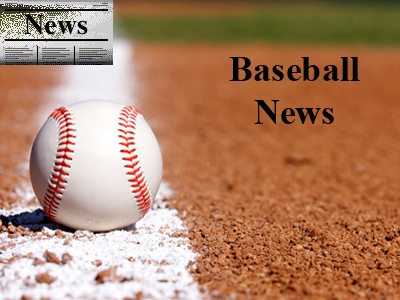 Cade Pollock threw 11 strikeouts and allowed just two hits as the Bucs made quick work of the Rangers.

Kaleb Meredith, Will Joyner and Pollock all had two hits and scored two runs at the top of the lineup.

The following articles were published in the Johnson City Press:

Getting three RBIs from both Connor Horton and Kaleb Meredith, the Buccaneers dusted Sullivan North for the second day in a row.

Horton was 2 for 2 with a double, two runs and a pair of walks. Meredith went 2 for 3 and had a sacrifice fly.

Brayden Ryder doubled and scored three times, Daniel Grindstaff tallied two RBIs and the Bucs got on base 14 times by walks (8) and hit-by-pitches (6).

Grindstaff (3 IP, 7 Ks) picked up the pitching win as he and Joseph Armstrong (4 Ks), who hurled two shutout frames, combined for 11 strikeouts.

Love our Bucs!  The following article was printed in the Johnson City Press:Meredith throws one-hitter in Bucs' win over WarriorsMarch 24, 2021 University High senior pitcher Kaleb Meredith struck out nine in the Bucs’ win over Happy Valley.ELIZABETHTON — Kaleb Meredith pitched a one-hit shutout and struck out nine as University High made quick work of Happy Valley in a five-inning game at Cannon-Gouge Park.Meredith, who is committed to Tennessee, kept the Warriors off balance all day in a 10-0 victory.Connor Horton had a big day at the plate, going 2-for-4 with a double and driving in five runs for the Bucs. Hank Stott and Meredith also went 2-for-4, while Jacob Peeler reached base three times and scored twice...... 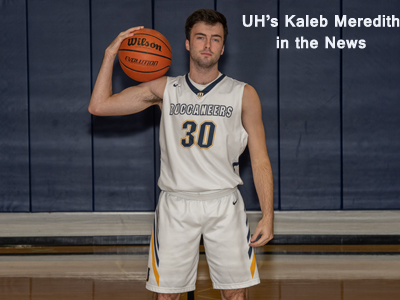 The Johnson City Press printed the following article featuring UH's Kaleb Meredith.  There are also some great photos in the press.

UH's Meredith has all the right tools
By Tanner Cook, December 3, 2020

Kaleb Meredith has already had some big moments in his two-sport career at University High and he’s not even halfway through his senior year.

“I would compare being on the pitcher’s mound in those big moments to being at the free-throw line late in the game,” Meredith said. “Every single pitch is so important. You’re trying to block out everything else and not really focus on anything else except the batter and the catcher or you and the goal.

“It’s all about staying focused and getting your job done.”


Meredith, a Class A all-state guard for the Bucs basketball team, has already accumulated 2,251 career points and is averaging more than 36 points a game this season.


As a left-handed pitcher, he’s amassed 74 strikeouts in 69⅓ innings and a 2.47 ERA. And that’s without a junior season that got canceled because of the coronavirus pandemic.

BIG MOMENTS
One of his highlight games came against Tennessee High two weeks ago when he scorched the nets for a career-high and school-record 49 points in Viking Hall.

“That was amazing because that’s where they play the Arby’s (Classic) and that’s a big gym,” Meredith said. “That’s where you want to play around here and it was an amazing feeling.

“I think the school record had been standing since 2009.”

Meredith scored his 2,000th point in last season’s District 1-A finals on a game-winning buzzer-beater against Hampton.

“The shot itself was surreal and I found out 20 minutes later that I had passed 2,000 on that shot,” Meredith said.

The Bucs made an appearance at the 2019 state basketball tournament in Murfreesboro, but lost to McKenzie in the first-round. Meredith scored 33 of UH’s 49 points.

“That whole experience was something else,” Meredith said. “Walking in and being able to have passes to get on a big floor with people everywhere was awesome. I really can’t describe it.”

The following spring, UH made a return appearance to the state baseball tournament behind a deadly 1-2 pitching punch of Michael Degennero and Meredith.

In the opening game of the 2018 state tournament against Loretto, the Bucs went up against future San Diego Padres first-round pick Ryan Weathers.

“Obviously, it’s an honor to go to the state baseball tournament, but it feels almost like a travel tournament because we’re playing at local high schools,” Meredith said. “(Weathers) was a force. I got lucky because I didn’t have to hit against him, but he faced six batters against us. He had five strikeouts and one of our guys managed to hit a grounder to third.

“He could hit, too. Pitchers don’t usually hit, but he hit one over the scoreboard against us.”

ON THE HARDWOOD
“I started coaching (Kaleb) in seventh grade,” UH basketball coach Herman Rice said. “That was his first year at University School. Kaleb is one of those kids within 15 minutes of the first practice, you knew that you had something special.”

Through his junior season, Meredith is averaging 20.3 points for his career, shooting 50.5% from the field, making 38% of his shots from deep and nailing 77.3% of his free throws.

Coming into his senior season, Meredith needed to make 116 3-pointers to make the top 10 list all-time in the state’s history (335).

If he were to have another monster season like he did last year, where he scored 882 points, Meredith could be looking at the magical 3,000-point mark.

“Another thing about him is that some kids with his talent would come to practice and not take it seriously, but he’s the hardest worker I’ve got,” Rice said. “He always has been. It shows in his game and also his leadership. These younger guys look up to him and it speaks to the quality of a human being that he is.”

CHASING HISTORY
Only 22 boys and 9 girls in the history of Tennessee high school basketball have ever scored more than 3,000 points, according to the TSSAA record books. Only one — 1979 David Crockett graduate Jennifer Taylor (Campbell) with 3,144 — from the Johnson City Press/Kingsport Times-News coverage area has achieved the mark.

ON THE BUMP
A dominant southpaw in high school is something that most baseball players don’t want to see when they step into the batter’s box.

“What drew me to Tennessee is it really is like that hometown thing,” Meredith said. “Everyone around here loves them and they have great team success. They were 11th in the country before the pandemic shut them down.”

Said UH baseball coach Josh Petty: “When he can spin the ball and bury it deep and in the right-handed batter’s box, they have little to no chance. We knew exactly what we were getting one of the first times we saw him.

“When you’ve got a fastball in the 80s and you have command, you’re going to play in college. Kaleb has all the tools to be successful at the next level.”

Meredith isn’t shabby at the plate either, tallying a .415 career on-base percentage and has 29 steals.

“He does a great job working deep into the count and he sees the ball about as well as anybody,” Petty said. “The thing that speaks to his work ethic is on weekends — he goes out there in the winter and throws his bullpen session.”

OFF THE PLAYING FIELD
In the classroom, Meredith excels as well, toting a 3.9 GPA and has a 29 on the ACT.

“He’s always on time and he’s one of the most humble people you’ll ever meet,” Petty said. “He’s quiet and let’s his actions do the talking. He’s a real top-notch kid.”

Said Rice: “Kaleb doesn’t have a selfish bone in his body. He’s such a great kid and if you got to know him, you’d realize how much better of a person he is than he is an athlete. And he’s a really good athlete.”