Outgoing officers performing the 2012 new member initiation. April 12, 2012 at The Millineum Centre across from the ETSU campus.

On April 12, 2012, the Tennessee Beta chapter of Kappa Mu Epsilon held the initiation ceremony for new members. The ceremony was held at the ETSU Department of Mathematics and Statistics' annual Honors Banquet and included a presentation by guest speaker Dr. Sherry Towers, research professor in the Mathematics Department of Arizona State University. Dr. Towers' presentation involved her travels through academia to her current position. The chapter's cumulative membership reached 788 with the initiation of:

A meeting of the chapter resulted in the election of the following officers: 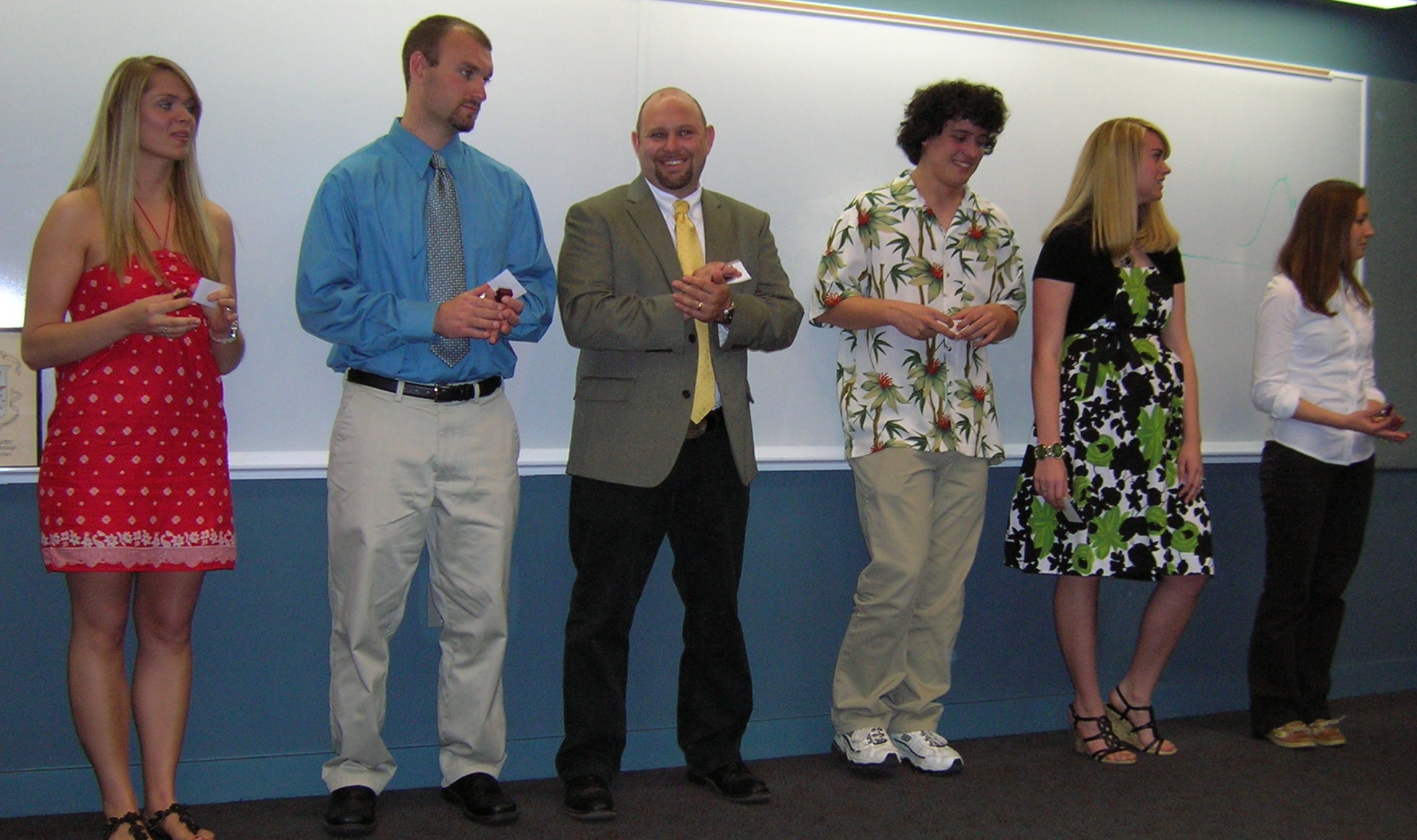 The 2012 initiates present at the ceremony.