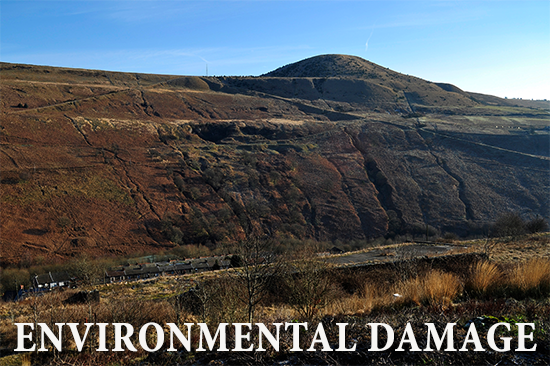 One of the first trips Randy and Kenny took together was to visit a mountaintop removal site in West Virginia. There, they witnessed the extent to which the environment can be damaged in an effort to remove coal from under the ground. With its impact on water quality and potential impact on human health, is mountaintop removal the biggest environmental tragedy in the world today? Maybe not, but it is symbolic of what can happen when economic and environmental concerns collide.

As everyone knows, there is a heated debate going on right now about global warming, but even apart from global warming, it is easy to see that the world ischanging. Just look out your window. It is a good bet that what you see is quite different from what your grandfather would have seen had he looked in the same direction.

The world is losing forests at a rate of about 120 square miles per day—we are losing forests that would cover the entire state of Tennessee about every ten months. It has been estimated that as many as 3 million people, mostly in poor and developing countries, die each year from outdoor air pollution related to exhaust, emissions and other causes. Almost half that many are dying from indoor air pollution from cooking and heating with inefficient stoves and fuels that don’t burn well—such as wood, plant material, and animal dung.

The world we live in is greatly different from the world that our forefathers inhabited. Change seems to be happening very rapidly. What we don’t know, of course, is the point at which we will begin to see significant impacts on human health because of the changed environment. Perhaps the most worrisome realization is that we really don’t know what the early warning signs will be. How will we know when we are at a tipping point, beyond which we may not be able to return?

Are we willing to take that risk and continue to change the environment? Put another way, what kind of world do we want to leave our kids?