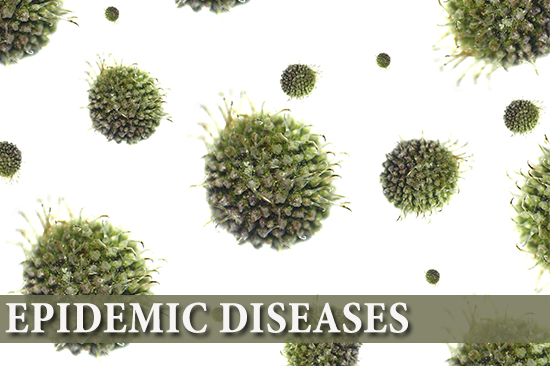 The Ebola epidemic in Africa caught national attention—and stirred fear—in a way that many of us had never seen before. Suddenly a disease out of Hollywood became a terrifying reality.

The truth is, of course, that disease epidemics have a long history of exerting a devastating impact on humanity. The black plague of the fourteenth century is reported to have killed almost a quarter of all people living at the time. Almost the same number of people died during the 1918 Influenza Pandemic. Smallpox may have killed 500 million people in the twentieth century alone before it was finally eradicated in 1980.

There are countries in the world where the prevalence of HIV (the virus that causes AIDS) is over 25 percent—meaning that one in four adults is infected. If they aren’t treated, they will die.

Tuberculosis is a disease making a quiet, but serious, resurgence. A hundred years ago, it was a leading cause of death in the United States. Then it almost disappeared. Now, each year, between 1 and 1.5 million people around the world die from TB. The sad fact is that probably 80 percent of them could have been treated with existing low-cost drugs, but when they are not treated, they can expose others. Somewhere in the world, a person is newly infected with the TB organism every second! For a variety of reasons, not all of them will develop the disease, but those who do will, on average, infect at least ten more people before they die.

And the list goes on. With the current state of the world’s population and the resulting crowding of people, especially in the world’s major cities; with the ease of traveling from one part of the world to another; and with so many people in the world suffering from malnutrition and thus being more susceptible to certain diseases, in the coming years, epidemic diseases will continue to spread in the world. These infectious diseases know no borders.

Few things demonstrate this as well as the on-going Ebola outbreak in West Africa. The entire world now realizes that they may be only one plane ride away from the disease.

Ebola. Chikungunya. Marburg. AIDS. The Bubonic Plague. Even though a disease may not impact us today, there is little doubt that it can in the future.