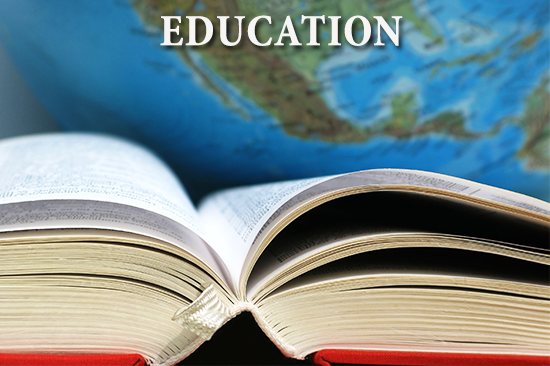 Education is fundamental to our health and welfare. In the United States there is a six-year difference in life expectancy between a man who has dropped out of high school and one who is a college graduate. Even more shocking is the fact that a baby born to an adult woman with less than a high school education is almost twice as likely to die in the first year of life as a baby born to a woman with a college degree.

To improve public education and student achievement, Bill founded the State Collaborative Organization for Reforming Education (SCORE), a non-profit, statewide grassroots movement in Tennessee. By collaborating with parents, teachers, business leaders, philanthropic organizations, and community members, SCORE works to ensure that every student graduates high school prepared for college or the workforce, an effort that is critically important in a difficult economic environment.

In 2010, the unemployment rate was almost 15% for Americans with less than a high school diploma; it was only 5% for those with a Bachelor’s degree. Better education creates more jobs, greater productivity, and a more vibrant economy.

Around the world, the situation is even worse. Many people simply have no chance at an education, and young women often have the fewest opportunities. In some countries, any resources that a family might be able to spend on education (which is often costly) will go to the oldest male child, with the thought that he is most likely to be able to break into the job market and bring in an income for the family. Sadly girls are often completely left out of education, for many reasons—ranging from financial to cultural to religious.

Recognizing this injustice, Kenny helped build the Kunyuk School for Girls in the township of Akon, which lies 50 kilometers from Darfur, in southern Sudan. Until the recent political unrest, more than five hundred girls were getting an education at this school.

Will these efforts change the world? Some could say no, some could say it’s a possibility, but what would happen if all of us made a commitment to education? Remember, the impact of an education is much greater than just what we “learn” in the classroom. Education changes our economic opportunities, helps us live longer and healthier, and can fundamentally transform how we think about ourselves, our families, our communities, and our place in the world.