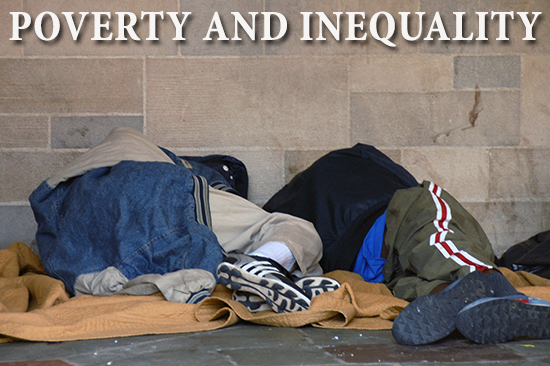 We all instinctively grasp that poverty is inextricably tied to poor health. We need to only look at the developing world to clearly see the impact of poverty on health—the world's least healthy people often live in the world's poorest countries. But the link between health and wealth is seen in the United States, as well. An American today who lives in the poorest income group is about three times more likely to die before the age of sixty-five than someone who lives in the wealthiest bracket.

Children are often most affected by poverty, and children born into poverty often remain there. Breaking the cycle of poverty and creating real opportunities will allow these children to become contributing members of our national family—greatly reducing their burden on society. If we aren't addressing poverty, we can't improve health. If we aren't thinking about poverty, we aren't really considering the staggering level of injustice and inequality in the world.