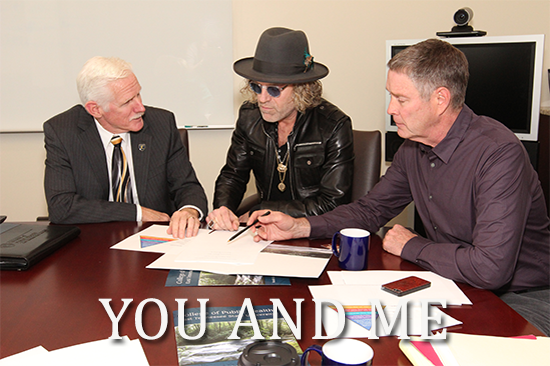 At the end of our list is what we consider the one thing, above all others, that everyone on the earth must care about.

At the end of the day, everything on our list comes down to a simple question that we all have to ask ourselves: Do we care enough abouteach other to commit to making a difference? Do we believe that compassion for those less fortunate is, or is not, a fundamental part of who we are as a people?

There is no doubt that fellowship and community are long and strongly held traits in our national character. The picture of the townsfolk banding together to help the farmer raise his barn is almost an iconic image of the early years of our country.

Randy’s grandfather, who was himself not a rich man, helped hundreds of people in many ways, from lending money to students to regularly delivering Christmas baskets to isolated families living in rural Appalachia. During the Great Depression, Randy’s grandmother was known as a homemaker who would provide a meal for any traveler who was down on his luck. When she died suddenly, his father’s Army buddies got together and gave him the money he needed for a bus ticket home.

Big Kenny saw the same kind of stewardship in his family. His grandmother, during WWII, was known to knit two sweaters a week—at night, in her spare time, after completing the daily hard work of the farm—to give to others in need. His father has volunteered tirelessly, helping in his community with everything from building and supporting the local volunteer fire department to serving on the board of education and rural electrification.

Bill’s family comes from a long line of pioneers—people who opened up and settled the new frontier in America. More recent members of his family have focused extensively on helping other people through the delivery of healthcare—both in the United States and around the world.

It can be argued that compassion once defined who we are as Americans. You can, if you wish, define it in terms of religious faith. You can call it social justice. Or you can simply describe it as true patriotism. But no matter how you define it, let’s start with a return to a fundamental and basic principle—that we care. We care enough about each other to not let children die because they can’t have access to a basic medication. That women and girls anywhere should not be put at risk simply to find safe drinking water. That we care enough to not allow our fellow citizens to die young because they are poor. That we care enough to make a commitment to protect our environment as the future home of our children and their children—even if it means less economic benefit can be derived from it.