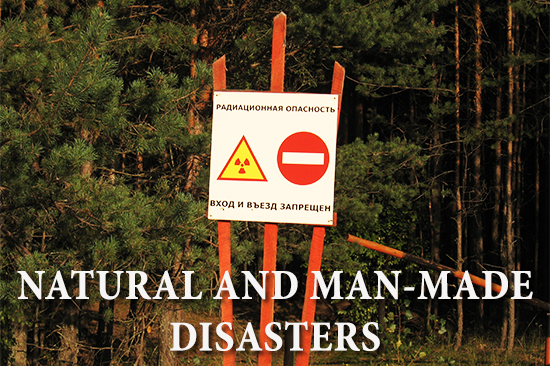 Natural disasters can be truly devastating. The earthquake that ravaged Haiti in January 2010, killed over 200,000 people and the country still hasn't fully recovered. Amazingly, it was only the fifth most lethal earthquake in recorded history. Kenny and Bill both personally witnessed the devastation of that quake. Less than a week after the incident, they saw children drinking from street-side puddles with death strewn around them. Bill has responded as a physician in the immediate aftermath of a number of disasters including the Indian Ocean tsunami, Hurricane Katrina and most recently the famine in Somalia. All three of us have seen and responded to disasters, each in his own way. As a young physician, Randy worked at a refugee camp in Thailand, and, more recently was in New Orleans, his former hometown, shortly after Katrina came ashore and saw that physical destruction and social upheaval can happen anywhere.

The world watched in horror as an earthquake and tsunami combined to kill thousands and cause a major nuclear event in Japan. The potential impact of future quakes is frightening, and yet they are only one of a large number of natural disasters that can impact our population. When you consider the potential impact of the full range of natural disasters, as well as epidemic diseases, famine, and the impact of war and violence, you understand that in a rapidly growing world population, disasters will continue to have a major impact on human life in the years to come.

What many people fail to realize, of course, is that not all disasters occur quickly. Long-term malnutrition, social crowding, and chronic deprivation often occur prior to a natural disaster and greatly increase the impact of that disaster. When an earthquake hits Haiti, when flooding overruns Bangladesh, or when famine starves the Horn of Africa, the impact is often magnified because of the challenging conditions in which the people were living before the disaster struck.

Lack of food, lack of economic opportunity, lack of education—all contribute to a much worse impact from any natural or man-made disaster. Indeed, these things can be thought of as "slow motion" disasters—just as devastating, but taking place over a longer period of time.
Can we as a society respond to both the "fast" and "slow" disasters with the same level of compassion and commitment?