Creativity and Freedom of the Press 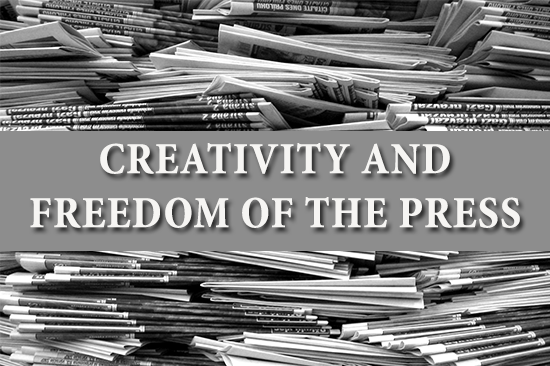 The ability to express your ideas, critiques and concerns is essential to solving many of the world’s challenges. It is simply unacceptable that in 2013 70 journalists were killed and over 200 were in jail—murdered or imprisoned because their free thought represented a threat to those in power. Over the past five years, over 400 journalists were forced into exile.

The fundamental essence of freedom of expression is that a person should be allowed to express his opinion or air her concerns, whatever they may be. All people should be free to do so, free from the threat of violence or imprisonment, fines, or reprisals. We don't, and won’t, always agree. We can, in fact, disagree strongly. That is the basis of the democratic process and cornerstone of innovation.