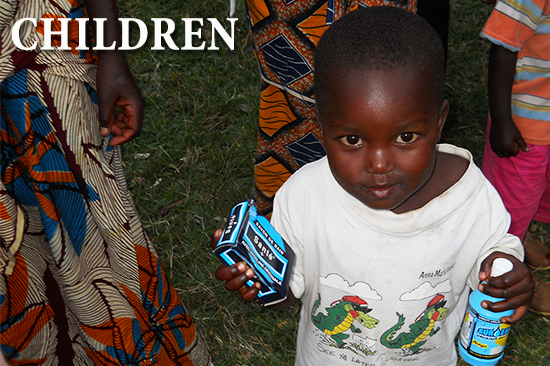 This seems obvious—everyone cares about children, right? As fathers, the three of us care deeply and are committed to our children’s wellbeing. But we have discovered some disturbing truths about the modern world:

This year alone, over six million children will die before they reach their fifth birthday. That is roughly the same as losing one out of every three young children in the United States every year. Can you imagine how devastating that would be for your own family? Yet it happens every year.

Over 750 children die every hour. Or, put another way: In the time it takes you to read this sentence aloud, another child has died.

This is a staggering tragedy, made even worse by the fact that well over half of these deaths could be prevented, easily and inexpensively. Over one million deaths worldwide are due to pneumonia—a disease that can be treated in many places for less than one dollar.

Over half a million deaths are due to diarrhea—a disease that can be largely prevented with safe food and water, and, even if acquired, can be treated with rehydration salts at the cost of 25 cents.

Almost as many children die from malaria while an insecticide-treated mosquito net costs ten dollars or less.

Over 50,000 die from measles, yet it costs less than one dollar to immunize a child. And the list goes on.

The bottom line is that half of the over six million children who die every year are dying, not because they have diseases that can’t be cured or prevented, but because they have diseases that we are not curing and preventing. Can you imagine the despair of holding a dying child in your own arms? Should the death of a child in another country be any less devastating? The truth is that Americans are not powerless and even a small act of compassion can reach around the world to save the life of a child.